Return to Resources for Governing

Most volunteer organizations run meetings using a form of Parliamentary (Robert's) Rules of Order. Although it is familiar, and most people expect it, parliamentary procedure is not the only way to operate. In recent years some organizations have been working to make decisions on the basis of consensus. Both Parliamentary Rules and Formal Consensus are useful styles of managing an assembly of people, and both have value. The organization should decide up-front which will be used, and encourage the members to become skilled in the practice.

The purpose of this article is to suggest that there is a choice, with advantages to either system. With Policy Governance, the quality of the decision by the board is the issue. The process of making that decision is not prescribed by the philosophy of Policy Governance.

Consensus leads to excellent decisions, but at a cost of time.

Whenever I hear someone say, 'Let's not get bogged down in parliamentary procedure,' I know I am with a group that understands neither the principles nor the process. Unfortunately, this is frequently the situation in many organizations. Often the consequences are endless debates with no positive resolutions.

When the group understands the process, things can move swiftly and informally. After a few introductory remarks on a new topic by various members, the chair will ask for a motion or to move on to something else. If there is a motion, it is followed by debate that moves around the room, with dialogue (back and forth discussion between two people) limited or non-existent. When the competing ideas have been expressed, the matter moves easily to a vote. Everyone accepts the will of the majority, knowing that they had an opportunity to make their case. When the issue at hand is contentious, the chair may be more formal about the application of the rules. This helps to speed a decision.

One of the reasons members should know the parliamentary rules is so that they understand their options. For instance, if a member tries to raise a matter that almost no one in the room wants to discuss, while the person is making the motion another member may interrupt to say, 'I object to consideration of this question.' That is not a rude comment; it is a high order motion for which a second is not required and no debate is permitted. The Chair immediately puts this objection to a vote, and if carried by 2/3 of the assembly, the original motion is out of order and cannot be considered further.

If the members do not feel they know enough to make a decision on an issue, or simply do not want to deal with it at the current meeting, they can decide to postpone it, table it, or send it to a committee. I have seen situations where a group has crafted a carefully worded motion and has even distributed some thoughtful back-up material, and was hoping for a respectful airing of the issue at the meeting. They were appalled at the speed with which an assembly exercised one of these options and passed on to new business. Parliamentary procedure results in a decision that reflects the will of the majority. The minority can still be a large number of people, and they can feel hurt by the process. That is part of democracy.

If you are promoting a concept...

When operating in a parliamentary environment, members should not be naive about the process. For a motion to carry, it must have the support of a majority of the voting members. Determining the will of the majority is the business of the meeting. The business of the meeting is not to give issues an airing, or to provide people a platform to express themselves. It is true tha during parliamentary debate comments and opposing opinions may be expressed, but only if the assembly is prepared to listen. Debate is not a workshop.

In my opinion, only an unsophisticated member would propose an important motion without considerable confidence that it will be carried. The principle of majority rule implies a political situation.

The place to ensure votes-of-support is in private conversations before the meeting.

This process of lobbying is a legitimate part of our democratic way of life. I don't know what the President of the United States has on his/her agenda today, but it is likely that a good part of that time will be spent on the phone, or in personal meetings, where the President will be attempting to persuade legislators to support some initiative. It is not described in the rules, but it is the business of promoting a good idea, and members who wish to participate effectively - such as yourself - need to learn to become skilled in the process. If this sounds like I am recommending political ambushes and back-room deals, the reader is missing the point. If the meetings are going to be efficient - the reason for choosing to operate under parliamentary rules - then much of the discussion should happen in advance. If you are promoting a concept and will propose a motion, do your lobbying as part of your preparation.

If people need to read something in order to make a decision, that should be distributed in time to be read before the meeting.

If, instead, the group prefers meetings to be creative sessions, where everyone's ideas may contribute to solutions, then consensus processes might be more desirable.

The promise of achieving a consensus sounds as if your group may be able to operate without conflict. In fact, when you learn about consensus, you will find that the philosophy fosters an atmosphere that encourages the expression of different opinions and even conflict, and then provides some process that may lead to a resolution in a creative and supportive environment. It recognizes that everyone has a contribution to make, and all views are encouraged. Often it takes several meetings to work towards a decision. At the conclusion of the process it is not uncommon for some people to continue to disagree with the final decision, but they have also agreed not to block it. In agreeing to stand aside, they know that their concern will be noted in the record as part of the decision.

Part of the frustration of working with this system is that an individual, or a small group of people, do have the power to block consensus. Blocking is a powerful tool that values the individual. The psychological anxiety that occurs on both sides of the issue when someone feels the need to block is part of the dynamics of consensus. The group should work through the process even though there will be a temptation for the majority to vote and get on with business.

The parliamentary positions of 'Chair' and 'secretary' are replaced by such roles as the 'facilitator, the 'advocate,' the 'timekeeper,' the 'scribe,' the 'notetaker' and the 'doorkeeper.' There are several forms of consensus used today. The first decision of your group may be to explore and to choose which is appropriate for you.

Assemblies wishing to operate by consensus will have to study the techniques, and be prepared to train people in the process and the roles. It is culturally different from the experience of most people, and it may alienate some impatient people. A major benefit of moving forward as the result of decisions made by consensus is that each member will feel like his or her contribution really matters. Often the creative results more than justify the effort to achieve proficiency with the system.

There are many groups who claim to use consensus, but don't

Consensus has been achieved. Or has it? The resolution was quick and not contentious, but often it is missing some valuable insight. Instead of debate there was actually a conversation. In a situation where the members are truly friends and mutually supportive (in this case checking with each other to be sure that everyone's contribution has been heard), this may work adequately. Frankly, this is the style of many meetings, and the result is mediocre or unsatisfactory decisions.

In a parliamentary debate each speaker addresses the motion and does not have to relate to the last person who spoke. A conversation tends to follow from the most recent comments. For some people this means that the conversation can drift away from some valuable points that they might have made, so they remain silent. This is not consensus; it is a weak form of the parliamentary system. In a casual setting with a skillful chair who always draws out the quiet people, this can be satisfactory some of the time.

It is better to create a casual manner, and yet use a real parliamentary debate. So, if you observe that you, or others, are not expressing yourselves because the meeting is so conversational that there seems to be no context for your comments, be advised that your process is flawed, and you should act to correct it.

In another version of consensus the group will seriously attempt to achieve a real consensus for a while; but when the process seems to be taking too long, the group will simply vote. That action destroys all of the dynamics of the consensus process. Anyone who chose to block is disenfranchised and will probably not contribute in that way again.

Using parliamentary procedures or Formal Consensus does not mean that the style of the meeting has to be so formal as to be unfriendly. It does mean that there is a fair process that does yield good decisions. Most attempts to be so informal as to ignore the rules result in a loss of good decisions. Since the contributors remain silent - but friendly - you will never know what was lost.

Return to Resources for Governing 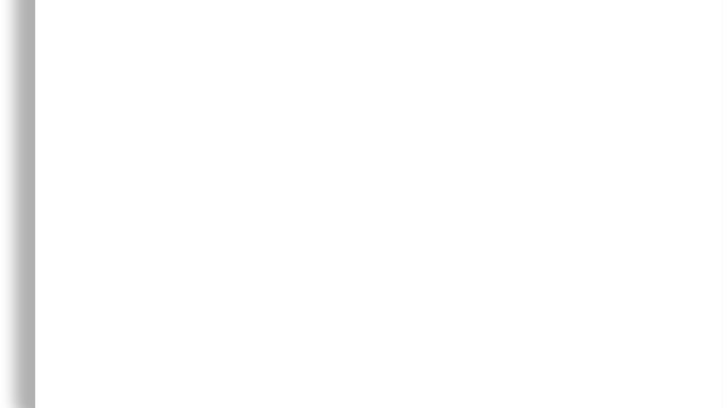